Learn how a Phoenix Web Site Development company lowered their per-server costs and improved their client's up-time by moving their SmarterMail email and Lucee Web servers to Hostek.com 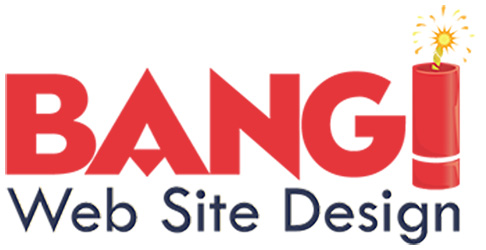 "My server costs have dropped 28%, uptime has been great, and the few times I've needed support, it's been quick and efficient. Vastly superior solution to the other company I was using."

BANG! has provided website design, development, SEO services, email, and website hosting (now through Hostek.com) to client's across the country since 1996. Their "SEO First" approach to website design and custom web development using the Lucee application server has resulted in many highly ranked and happy clients over the decades.¬

The Past and "The Other Web Hosting Company"

Between 1998 and 2010, we handled web hosting out of a data center we built, so I was a "well-educated customer" who knew what was possible, how things should work, and had what I thought were reasonable expectations. Between 2010 and 2020, we co-located in a Phoenix Data-center and had excellent uptime, but we continued to be responsible for the hardware. With an equipment refresh being necessary to continue to offer web hosting with fast-loading websites, we decided it was time to let someone else handle the hardware. We could then concentrate on our core competencies and deliver outstanding websites to our clients who range from attorneys and other professional services, building trades like plumbers and contractors and several manufacturers.

Since we use ColdFusion / Lucee as our application server, we looked for a hosting company specializing in that platform. There are few companies in this space within the United States, and I met personally with one and decided to move forward with them. They were very friendly and great to work with; however, we found we needed to pay a premium to get on their faster servers, and their firewall solution was an absolute disaster. SQL injection attacks would slow a server down to a crawl, and it would take an hour to get traffic blocked. Random reboots, email blocking by the firewall when it wasn't even configured, it was a CEO's worst nightmare.

Then we started having outages of 30 minutes to an hour. All told, we had more downtime in a year with this company than we logged in the previous ten years. When the next outage stretched out to 4 hours for some servers, we had had enough and started talking to Hostek about migrating to them. We had a 20-year history of reliability with our clients, and we couldn't further jeopardize our reputation by continuing as we had with this website host.

We scheduled an initial sales call, discussed our needs, and received a competitive quote. Chris Gentry, who handled our project, was great to work with, attentive, without being pushy. He regularly followed up and made sure we had everything we needed and that the quote covered everything we wanted.

We elected to move forward with Hostek. They quickly started provisioning servers for us, in many cases servers that had specifications different from their core offerings, which didn't slow them down. They even offered to help with the migration from our old host!

Hostek was also well versed in SmarterTools products and was able to install, deploy and host SmarterMail, SmarterTrack, and SmarterStats for us.

"A hosting company that is familiar with the software and platforms we use was instrumental in BANG! choosing Hostek."

Their ability to deploy servers in multiple locations across the U.S. and even in Europe was also a selling point and an option we chose. It allowed us to have our DNS servers geographically dispersed and on multiple backbone providers. As a result, we've silently smiled as companies like ClouldFlare, and even Microsoft have dealt with outages. Meanwhile, our client's sites and email have continued to stay up and available thanks to the reliability of Hostek's solutions.

Still fighting with the firewall provided by the other company, we were skeptical about the firewall solution Hostek provided. It turns out we didn't need to be. It's effectively handled our traffic without all the issues we were having previously. Our nearly nightly site slow-downs magically disappeared.

So to recap, Hostek has

We've been thrilled with Hostek and would encourage anyone looking for SmarterMail, Lucee, or ColdFusion shared web hosting or Virtual Private Servers to go with Hostek.